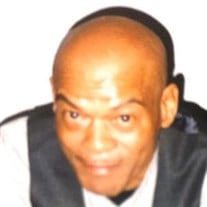 Charles Junior Turner was born on October 27th, 1939 to Alice Bryant and Marcellus Turner, who both, preceded him in death. Born and raised in Chicago, Illinois, Charles grew up the only child and attended the Chicago Public School System. Not long after graduating High School, Charles met Delores Moore, whom he married in 1961. During this union, they had four children. Charles had a career working with Hilton Hotel for several years and then after, as a messenger in the Chicago Loop area. Charles was a real people person who enjoyed his career. He constantly shared stories of what a cool day he had, who he met and how much he liked going to different places. Although retirement eased in, he was not looking forward to it, he just loved the outdoors. Charles church hopped to many churches with his mother in-law. He loved meeting people and just having fun. Telling jokes and trying to make people laugh was one of his many traits. He really loved having picnics on the beach, playing games (spades and dominoes being his favorites) and attending family gatherings. Although, his marriage dissolved after many years, the two remained friends and Charles continued to be there for his children. Spending holidays with his family and just standing around watching his children play brought joy to him, you can see the excitement in his eyes. Charles remarried in 1991 to Mary Washington. The two remained married until her death on July 30th, 2018. During this time, Charles health had been declining and he was confined to a nursing facility for several years. He struggled and fought hard to hang on until he just couldn't any longer. On January 9th, 2022, Charles left to rest peacefully. He leaves behind his 4 children, Charles Turner Jr, (Shannon), Regina Turner, Marcellus Turner, Melvin Turner; 10 Grandchildren, Nekita Currie. Edward Turner (Tennille), Charles Turner II, Victorriah Turner, Terrence Turner (Trecian) Julius Turner, Brandon Williams, Melinda Turner, Summer Turner, Melvin Turner Jr.; 13 Great Grandchildren; 1 Great Great Grand child;; 1 Sister in-law Theretha Johnson, nieces, nephews and a host of other relatives. You may be gone, but we will carry you forever in our hearts.

Charles Junior Turner was born on October 27th, 1939 to Alice Bryant and Marcellus Turner, who both, preceded him in death. Born and raised in Chicago, Illinois, Charles grew up the only child and attended the Chicago Public School System.... View Obituary & Service Information

The family of Charles Junior Turner created this Life Tributes page to make it easy to share your memories.

Send flowers to the Turner family.