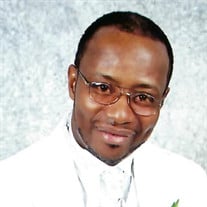 Eugene Taylor was born in Drew, Mississippi on August 23, 1950 to Earl and Ethel Taylor. Eugene was the eldest of eleven children born into this union. In 1952, the family relocated to Chicago, Illinois. Eugene was baptized in 1961 at the Rose of Sharon Baptist Church by Rev. Hollis Lewis. Eugene later joined Lebanon Baptist under the leadership of Rev. John W. Clinkscales. Eugene graduated from Yale Grammar School and Harper High School. After graduating from Harper High School, he attended Olive Harvey College before he was drafted into the United States Army. He was part of the Artillery Unit stationed in Fort Worth, Texas. Eugene would regal his family and friends of his Army tales of traveling and plane jumping. His proudest accomplishment was being tapped to serve as a Color Guard at the funeral of the 36th President of the United States, Lyndon Baines Johnson. Eugene proudly served in the military until he was honorably discharged in 1973. After serving his time in the military, Eugene was employed for many years at Cold Storage, Ryder Trucking Company, and the United States Post Office. However, there was no job more fulfilling than his job as a Disk Jockey. His moniker was “Sheet Shaker”. “Sheet Shaker” was known throughout the Chicagoland dance and club scene. He performed at weddings, retirement parties, picnics, block club parties, family reunions, and Christmas parties. If you needed a d-jay, Eugene was ready, willing, and able to accommodate any social event. Music was the Queen of “Sheet Shaker’s” soul. Eugene married Debra Gaines in 2004. This marriage was later dissolved. Eugene loved to travel. He traveled extensively throughout the United States and abroad, including trips to Mexico, Italy, Hawaii, Jamaica, and Canada. Eugene also had the gift of gab. He could talk non-stop for hours on any subject. He was truly “one of a kind”. Eugene departed this life on Thursday, November 12, 2020 at approximately 6:30am. He was preceded in death by his father and mother, Earl and Ethel Taylor, a brother, Curtis, a sister, Mozella, his nephews, Carey, Kenneth, and Edward; and loyal companion, Aries. He leaves to cherish his memory nine brothers and sisters: Earlean, Calvin, Vanessa, Mishelle, Linda, Kenneth, Beverly (Tom), Patricia (Chris), and Christopher. He also leaves behind thirteen nephews and nieces: Andrew, Angela, William, Natosha, Lakeisha, Jovita, Anthony, Calvin Jr., Kristen Joi, Curtis, Alexander, Ashley, Nathaniel; three aunts: Ann Lee Davis, Lorse Sizer-Kates (Ken), Chellian Allen, and a host of great nieces, great nephews, extended family members and friends.

Eugene Taylor was born in Drew, Mississippi on August 23, 1950 to Earl and Ethel Taylor. Eugene was the eldest of eleven children born into this union. In 1952, the family relocated to Chicago, Illinois. Eugene was baptized in 1961 at the Rose... View Obituary & Service Information

The family of Eugene Taylor created this Life Tributes page to make it easy to share your memories.

Send flowers to the Taylor family.