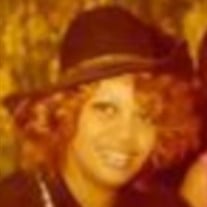 Savannah “Jewell” Jones was born on March 13, 1946, in Woodville, Mississippi on Salisbury Plantation, in Wilkerson County to parents, Nolan and Frances Jones. She is the second eldest of 5 children. Family, affectionately called her by her middle name, as she truly exemplified a bright and radiant personality. She was named Savannah after her remarkable grandmother, the Matriarch of the renowned Dunbar Family. Most notably, the Dunbar Family is the first African American Family that can accurately trace their ancestors on American soil from the early 1800s. The Dunbar lineage began in America began with Moosa and Katy Dunbar in 1822. Their existence was accurately recorded yearly as inventoried property by two brothers, (one of them was the principal slaveowner of the Dunbars) who were attorneys, and Board of Trustee members at Amherst College and Harvard University. Ironically, Savannah’s grandfather, James Oliver Dunbar, Sr. purchased the land his forefathers and foremothers were enslaved on and lived as an independent farmer and landowner. This is the great heritage Savannah J. Jones emanates from!!! Savannah was preceded in death by her parents, Nolan and Frances Jones. She is the second eldest of 4 siblings: Frances “Dianne” Barry, Dr. Nolan C. Jones, Peter Jones, and Paget Jones. Her father was of mixed ancestry consisting of African and Native American and French heritage, he was a Houma Indian (the largest Native American Tribe in the State of Louisiana) from Terrebonne Parish, Louisiana and her mother was the youngest of the Dunbar Family. Nolan served his country with distinction during World War II and his safe return from service, heralded great news of a new baby on the way. Savannah was born at the very beginning of the Baby Boomer generation. She grew up in Wichita, Kansas and attended Wichita East High School. She was a beautiful young maiden with a perfect figure likened unto a Coca Cola bottle and was known as the “best dressed girl” attending high school. God graced her with it all, she was SBS-shapely, beautiful, and smart! She worked at Shadow Lane Café, the Café built, singlehandedly by her father, Nolan Jones, as a teenager. The café was the first of its kind to feature a patriotic room with red, white, and blue stars and stripes. Moreover, the café was a wonderful place where Black youth converged for recreation and fun; as delicious food was prepared by Savannah’s mother, and a juke box played the latest and greatest songs. From this experience she developed a love for dancing. Savannah like many of her contemporaries was deeply moved by the Civil Rights struggle as she took part in sit-ins, marches and demonstrations in both Wichita, Kansas and Chicago, Illinois. She received a letter of gratitude from the Late Dr. Martin Luther King, Jr. for her unwavering support and dedication to that movement, indicative of her profound courage. Savannah attended Emporia Teachers College following high school and later moved to Chicago, Illinois. Her arrival to Chicago was extremely challenging, but she managed by persevering and overcoming the odds. She worked extremely hard to gain traction in one of the toughest urban environments in the nation. She worked as a social worker for the City of Chicago and retired in 2008. She also held onto her entrepreneurial roots, following the footsteps of her beloved Aunt, “Matilda Dunbar, aka, “Auntie Sweet, the Barbeque Queen of Wichita, Kansas,” who owned and operated Auntie Sweet’s Barbeque. She worked as an independent bartended, owned and ran a limousine service, and is known by many Chicagoans for her Famous Food Truck, on which she made the best tasting Chicago-style hotdogs. As the song so accurately depicts, “She worked hard for the money!!” However, Savannah was not all work and no play. She enjoyed life to the fullest and had an infectious smile that would light up the room. She had a powerful presence that attracted many friends and acquaintances throughout her lifetime. She enjoyed wearing elegant evening gowns and attending theatre venues, Mardi Gras celebrations, dancing down Bourbon Street, dancing in civic clubs, as well as traveling to the Bahamas and Virgin Islands. She also loved the water and enjoyed cruising and seafood. Most notably, her heart belonged to Chicago, as she loved the city with all-of-her-heart!!!! As she grew feeble in stature and weakened from her illnesses, she declared that she was God’s child. She kept a positive outlook on life. Her body was weak, but her spirit was strong. She held up the blood-stained banner, until she died with her faith anchored on the Lord, until he called her home on June 4, 2022. Savannah leaves to cherish her memory: 4 siblings, her daughter, Shietha and (James) Smith; grandchildren, John Faust, Jr., Justin Faust and Valencia Faust; great-grandchildren, Amaya Kaimoi, John Faust, III, and Nick Faust, and a host of family and friends!!!!

Savannah &#8220;Jewell&#8221; Jones was born on March 13, 1946, in Woodville, Mississippi on Salisbury Plantation, in Wilkerson County to parents, Nolan and Frances Jones. She is the second eldest of 5 children. Family, affectionately called... View Obituary & Service Information

The family of Savannah J. Jones created this Life Tributes page to make it easy to share your memories.

Send flowers to the Jones family.