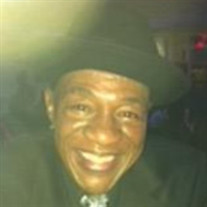 Willie Charles Jackson (affectionately known as W.C. or Jack) was born on November 21, 1955 to the late Willie Charles and Clara Jackson in Clarksdale, MS. At age 3, W.C. moved from Clarksdale, MS to Chicago, IL, where he would spend his formative years in the Cabrini Green neighborhood. He obtained his education through Chicago Public Schools until he left William H. Wells High School to join the Army in 1978, where he met and married his beautiful wife Sandra (née Lundy) Jackson. Shortly after getting married, the couple moved to Germany where 4 years later they would give birth to their one and only child, daughter Ashley Rene. W.C. would ultimately serve in the army for 20 years, retiring with the prestigious rank of sergeant. In 1999 he accepted Christ as his personal lord & savior as a member of 1st United Pentecostal Church of Savannah. He attended Savannah Technical College and earned an associate degree in Electrical Engineering in 2003. He then used his degree to work as an electrician/operations manager at Savannah Hilton Head Airport until deciding to enjoy a life in full retirement. If you knew W.C., you knew that he was a man with a laid-back, very easy-going personality. He enjoyed stepping (a smooth, Chicago-based dance style), and spending time with family and friends. He was always an integral part of any family gathering and was often the life of any party he attended. He was a great husband, father, brother, uncle, cousin, nephew and friend. On May 2, 2022 W.C. was called to his heavenly home where he now joins his loving wife Sandra (née Lundy) Jackson, parents: Willie Charles Jackson, Sr. and Clara Jackson and parents-in-law: Onnie Belle and Ivory Lundy who preceded him in death. W.C. leaves many to cherish his memory: his daughter Ashley R. Jackson of Pooler, GA; Brothers: Leonard (Ashley M.) Jackson of Stone Mountain, GA and Patrick (Debra) Jackson of Stockbridge, GA; Sisters: Bernice Jackson and Cynthia Jackson, both of Chicago, IL. Nephews: Willie (Monique), Arnum (Essence), Aaron, Robert and Sayid; Nieces: Kenita (Lasana Keita), Cherise, and Clara; 18 great-nieces/nephews and 3 great-great nieces/nephews; best friend: Kendal Pender, as well as a host of aunts, uncles, cousins and many dear friends who will forever cherish him in their memories.

Willie Charles Jackson (affectionately known as W.C. or Jack) was born on November 21, 1955 to the late Willie Charles and Clara Jackson in Clarksdale, MS. At age 3, W.C. moved from Clarksdale, MS to Chicago, IL, where he would spend his formative... View Obituary & Service Information

The family of Willie Charles Jackson created this Life Tributes page to make it easy to share your memories.

Send flowers to the Jackson family.